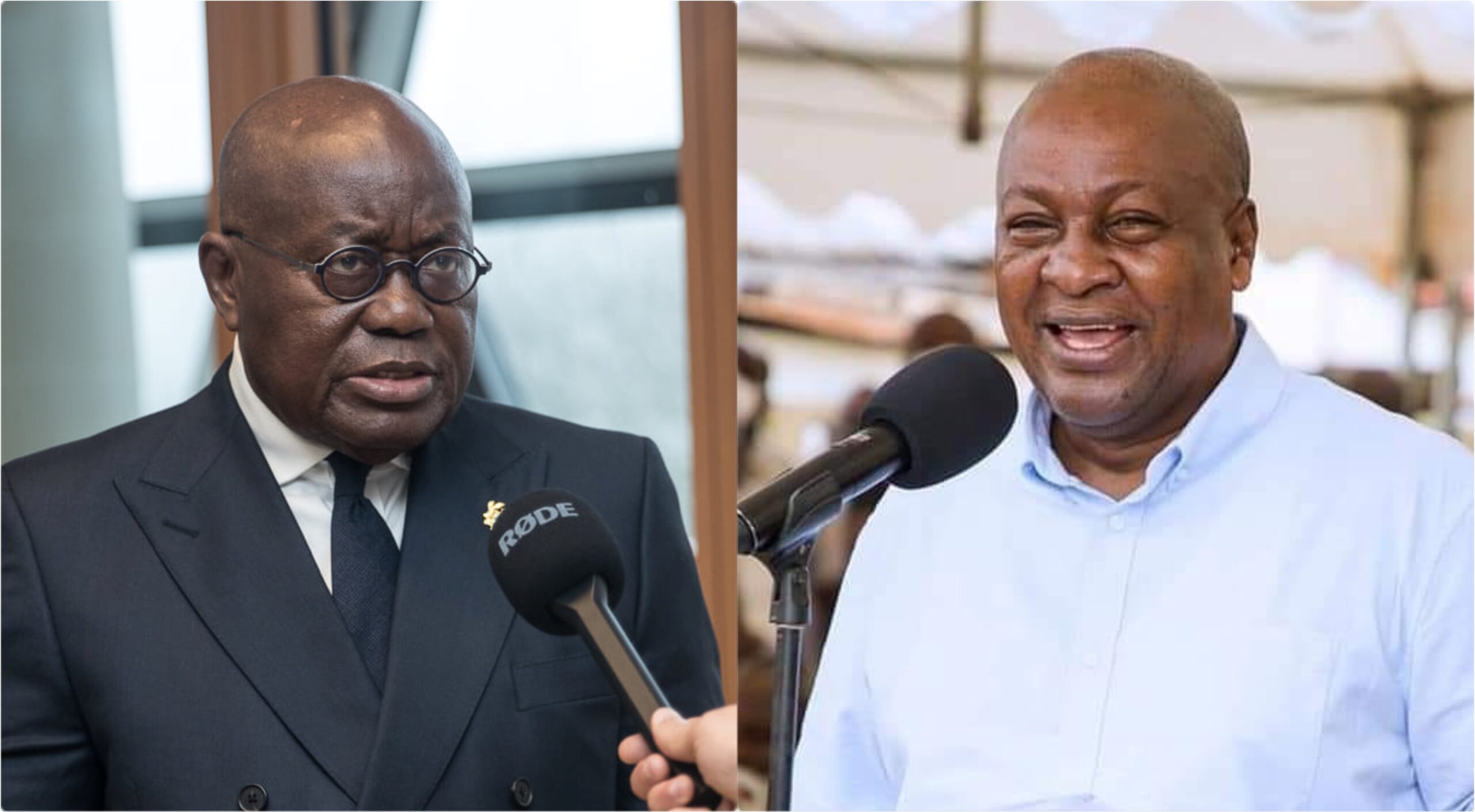 The President of Ghana, Nana Addo Dankwa Akufo-Addo rhetorically, asked the ideas the National Democratic Congress as a major opposition brought on board. The former flagbearer and president, John Dramani Mahama has answered.

While speaking at the New Patriotic Party’s Delegate Conference in Kumasi, the president admitted that Ghanaians are suffering. However, he is not the cause. Apparently, it is the NDCs and the Mahama led-government.

He argued that the NDC has no key ideas even within their 5 years of opposition. Meanwhile, when the NPP was in opposition, they devised programmes they sought to enrol upon assuming office. And in fact, it was those flagship programs that have even saved the economy.

“I want you to ask yourselves one question. What is the one policy that the NDC and their leader Mahama have thought about in these 5 years in opposition that they have brought to the people of Ghana… Somebody should give me one idea that has emerged from the NDC in these 5 years that will bring about progress for Ghana. The answer is zero… Not [even] one single idea.”

Akufo-Addo added that “So many of the programmes that we brought, we thought about them when we were in opposition. Free Senior High School, One District One Factory, One Village One Dam, the digital agenda …all of these programmes that are our flagship programmes. We thought about them in opposition so that when we came into government. We were ready to roll them out that’s why we have been able to do them.”

Rebutting his claims, Mahama advised the president to refrain from arousing rebellion.

“I think the President (Akufo-Addo) must take his responsibilities seriously and focus on working to change the circumstances of our people, rather than the rabble-rousing skits he serves the nation.”

“To answer his rhetorical question on policy, if only he took a moment, in the comfort of his chartered jet, to read the People’s manifesto, he would have at least learnt about the ‘Big Push’ (an accelerated infrastructure plan for Ghana), ‘Free Primary Health Care Plan’, the ‘1 million jobs plan’, ‘Ghana FIRST’ (Framework for Industrial Revitalisation, Support and Transformation) and several other well-thought-through and costed policies. “

In conclusion, John Mahama said, “I am willing to provide him with an autographed copy of the manifesto. With his speech of yesterday, he has carved his niche as a good campaigner, but unfortunately, a poor leader as Ghanaians have found out at great cost.”

Stanley is a versatile writer, blogger, author and marketer. I'm optimistic and handle projects with integrity. Get in touch with me via coffiestanley@gmail.com

Zoomlion; ‘the truest character of a man is how he treats the vulnerable’ – Azure charges Akufo-Addo

“The In Between” and the obsession around it

How tall is Drake? here are the facts

The Kardashians; Hulu premieres in April